When I first heard about the children found at residential schools, I was horrified. A spectrum of feelings welled up in me that began with horror, then I cried with a cascade of feelings: resentment, terror, betrayal, abandonment, my disgust at the social denial, the violence and lateral violence. I did not know what to do with my grief and sorrow so I went to my office and followed my instinct.

My office doubles as my studio with lots of Art supplies so I put my hand on a cardboard box that had been in a cupboard for years, I knew that whatever was in that box would be perfect. It was a collection of things that I had tossed in, random things over the years. The first items I pulled out were old pens, there was still ink and there was a long hat pin, and a smaller needle & thread. There was an old medicine container with plastic beads or buttons: there were peace signs & teddy bears.

Also in that box where giant orange crayons, two of them and an orange pencil crayon. I also found a chain. So the pens had been in there for so long they were almost dry. I grabbed a pad of watercolor paper, and after taking each pen apart, I shoved the long pin into every one of those cartridges of ink and began to wipe the varying blues & red inks across the dry page. It was so random, I expected nothing from the art, I was too deep in my grief just thinking about the children and families. And before I knew it, I was stepped back seeing how it looked like water and a flying red boat with two people standing on it with what looks like a fishing rod, with a heart as bait. I could never have planned it to turn out like that, I would never change it either - it becomes an underpinned theme for this piece.

I thought about the spirits of those families & children and I was feeling the need to ensure they are safely transported -- I saw how these teddy bears were like gentle guardians bringing them all home.

I tried to colour with crayon, on the plastic skull but I didn't like how it was turning out. Since the crayons belonged to my children I knew they were at least 20 years old & knowing that they were wax, it made sense (to me) to melt the wax to Anchor the teddy bears, stick down the pencil crayon and catch and hold the sacred tobacco. Then I strung peace signs with fine black thread and secured a path. The irony is not lost on my that it may take 7 generations for peace to reach the grave from the pin point.

So in November, when I heard that my local art gallery was having a juried competition, called "Feelings", this piece cried out to be seen. I just had to take it off my wall, secure it a bit & dust it off. I was short listed, which means that in 4 days, I will attend the awards ceremony to see where this piece ranked with the judges. It is my first time showing my art anywhere, so the truth is, I have already won! 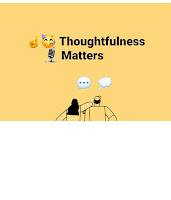 *Silence can be deafening some days and lately I am very curious about it.

I wonder what I am seeing, sensing & experiencing with FB posts. Is it just within me...?

Am I clearing this pattern/wound? Has it "come up for healing" ...or is silence an issue for others too? Do people know that FB/Post authors see how many people see a FB post compared to how many SILENTLY do not respond to it. FOR WHATEVER REASON, which is what I'm wondering about, I internalize this AS something about me. There's no way to know the facts, so I must ask... BUT who? I have a real fear to ask. It's poking my baggage but I KNOW am not the only one feeling like no-one else sees or hears them ~ or gets caught in communication loops where the point gets lost to explaining the issue. All my life I have noticed things... like this & that... and from my vantage point, my radar has been excellent.

So, while I don't want to judge people (knowing my internal Gremlins try to feed me all kinds of stories) I must honour my sense of things to understand the why & how of whatever has an ☯️ impact on me.

👊🥰 💭 I WELCOME ACKNOWLEDGEMENT to help me feel seen & heard and feel free to discuss the topic in general. BUT PLEASE NOTE ~ I am not looking for Companioning or Advice ~ I'm just speaking my truth today. Thoughtfully. 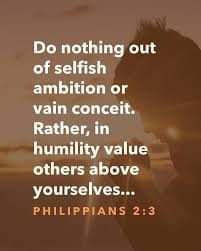 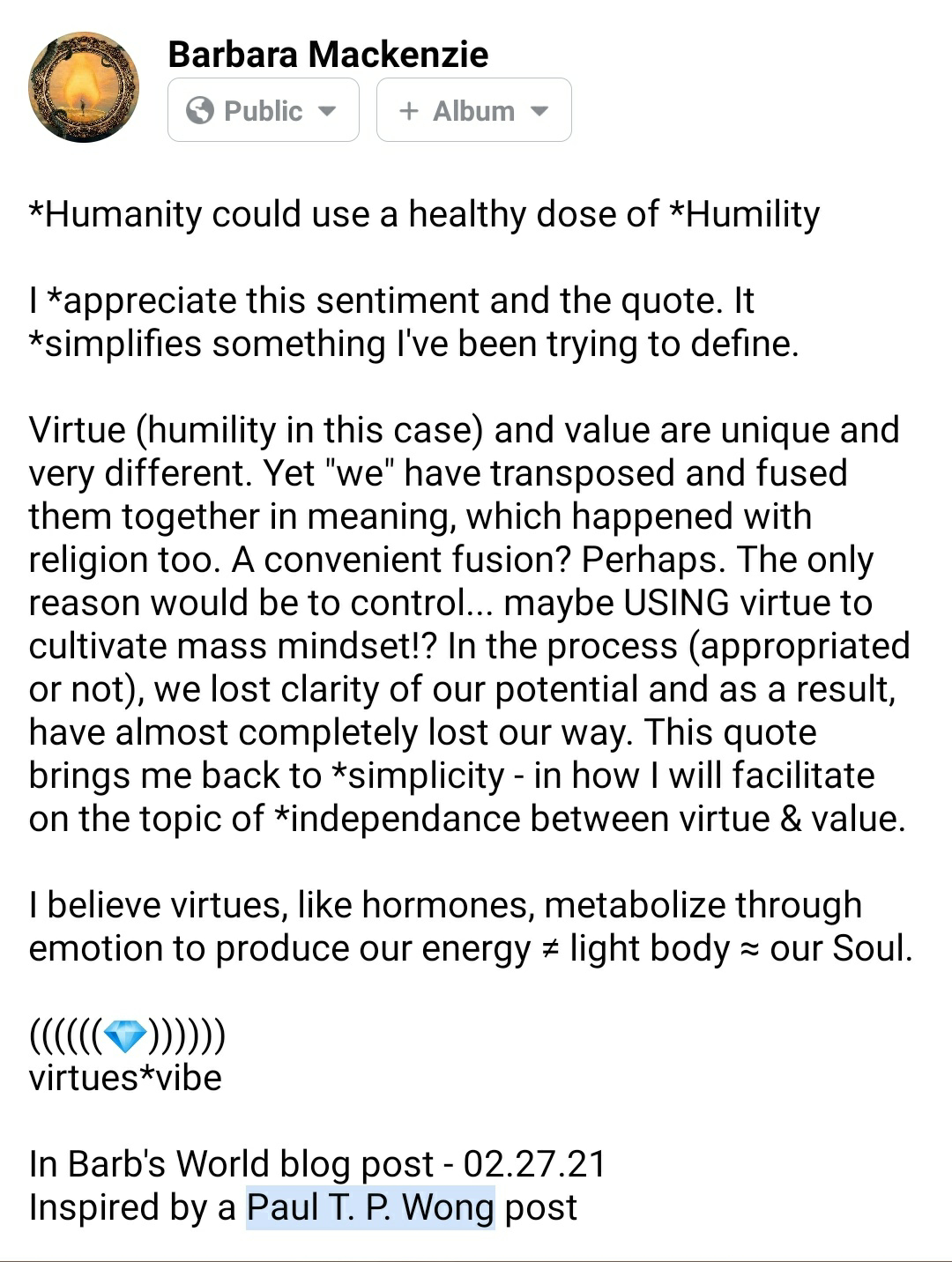 The Flip on the Fine Art of Firing 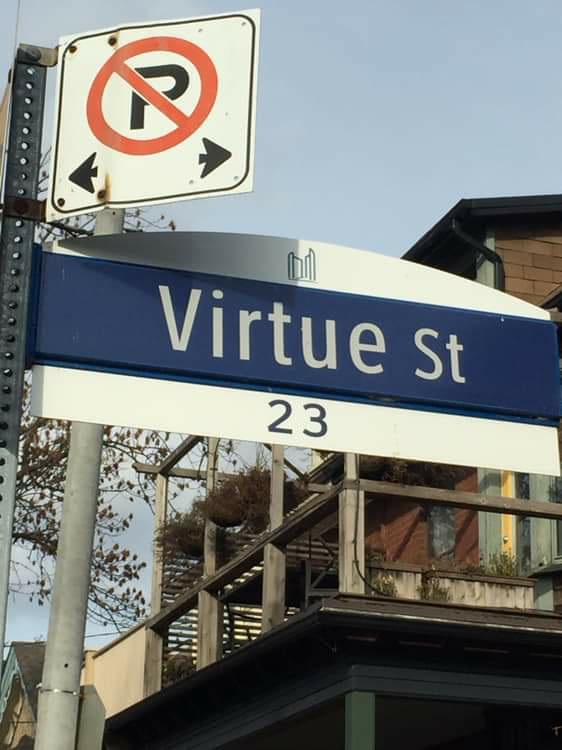 According to Lawrence M. Miller:
👇
Something needs to be said about how you fire an employee given recent public examples. (...)
Rule #1: The more you fire employees the worse a manager you are. It is your job to hire and promote people who will not need to be fired and it is your job to develop, train and counsel employees so they perform well. Firing is an admission that you did not do your job.
Rule #2: Just as you should never punish your child when you are in an emotional state, you should never discipline an employee when you are in an emotional state. Relax. Think. Plan. You better get a partner in HR! Never do it without consulting others.
Rule #3: There is always an issue of justice when firing someone. It is unjust to fire someone when you have not given them prior warning and the opportunity to change their behavior. It is "just" if, after several feedback/coaching sessions, the individual has failed to take responsibility and change their behavior.
Rule #4: Never, ever, make a public pronouncement about someone's firing until after you have met with them, listened to them, and given them a chance to respond.
Rule #5: NEVER communicate firing or any other corrective action by Tweet, email or any other electronic communication, and never publically. It is your job it sit down - face-to-face (OK maybe on zoom now) and be MAN ENOUGH to tell them directly what decision you are making and give them an opportunity to respond. Anything else is pure cowardice and should result in your own termination.
👆
I love this approach.
Posted by Barbara at 3:55 PM

A new word inspired me to dig deeper into the meaning and how it applies to me, in my life. Perhaps physics theory doesn't overlay the theories of physiology BUT/AND I believe they do. That's deep into universal stuff & My Seeker's search for meaning. You'll have to subscribe to follow that stuff and it's not for the average bear!

The Jesus I Know 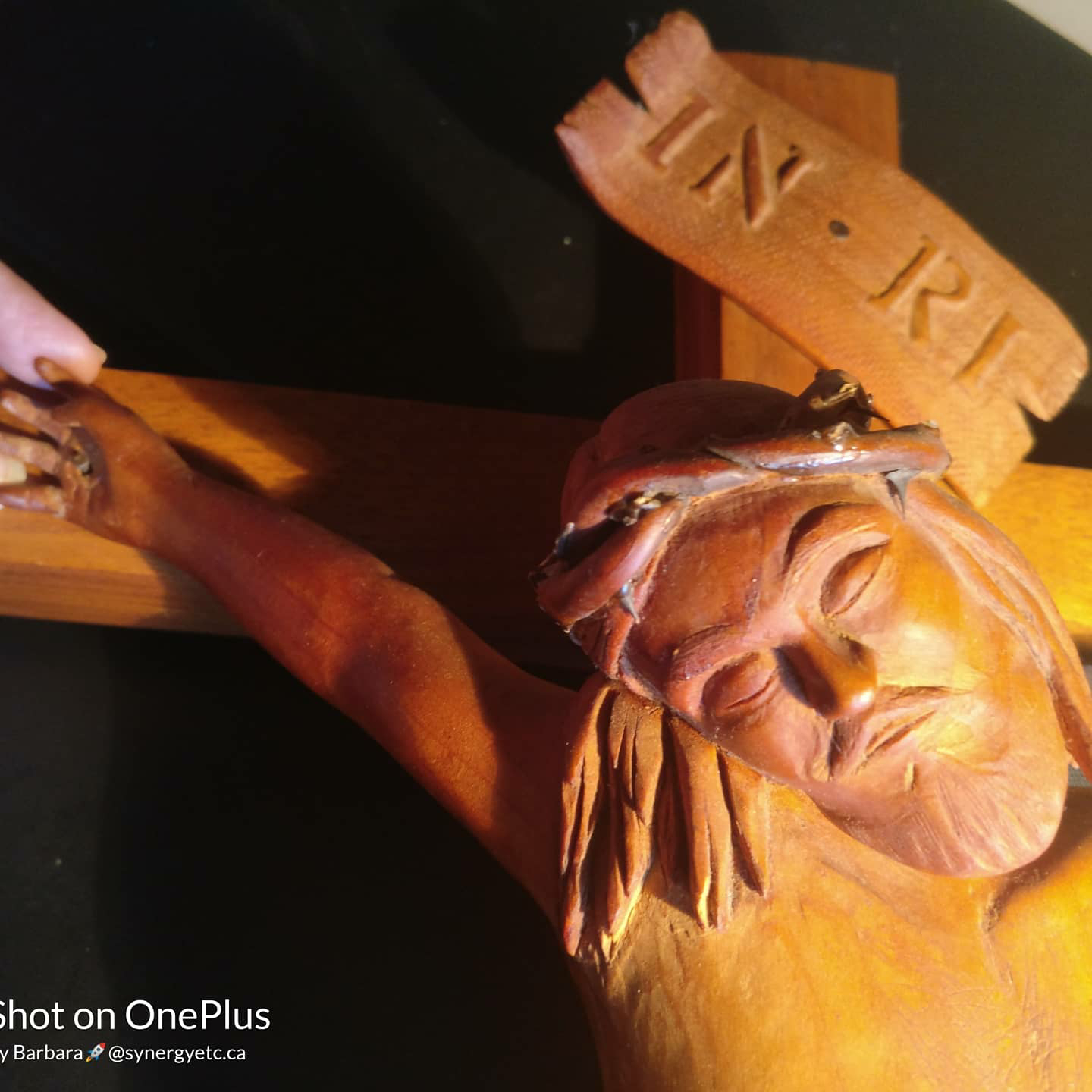 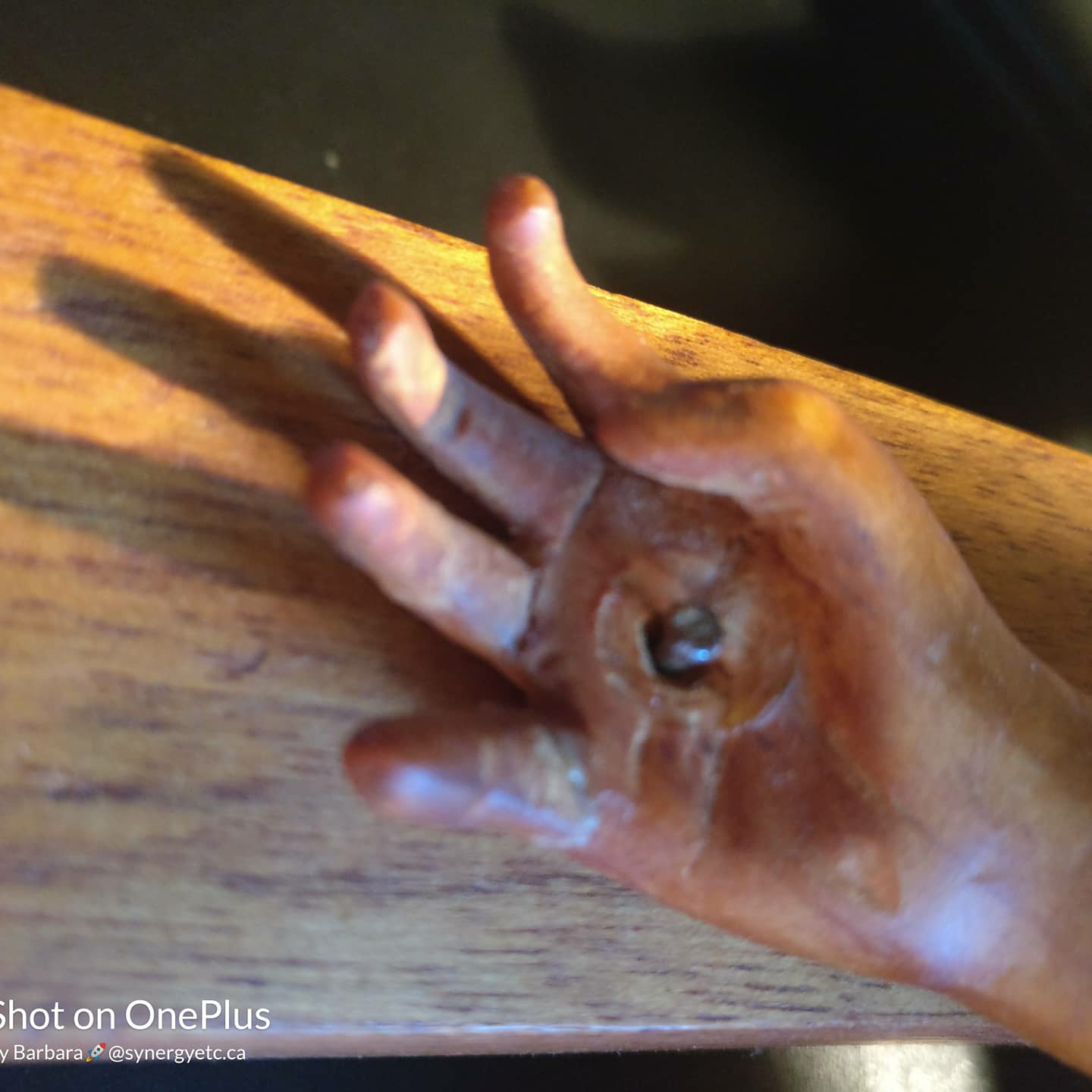 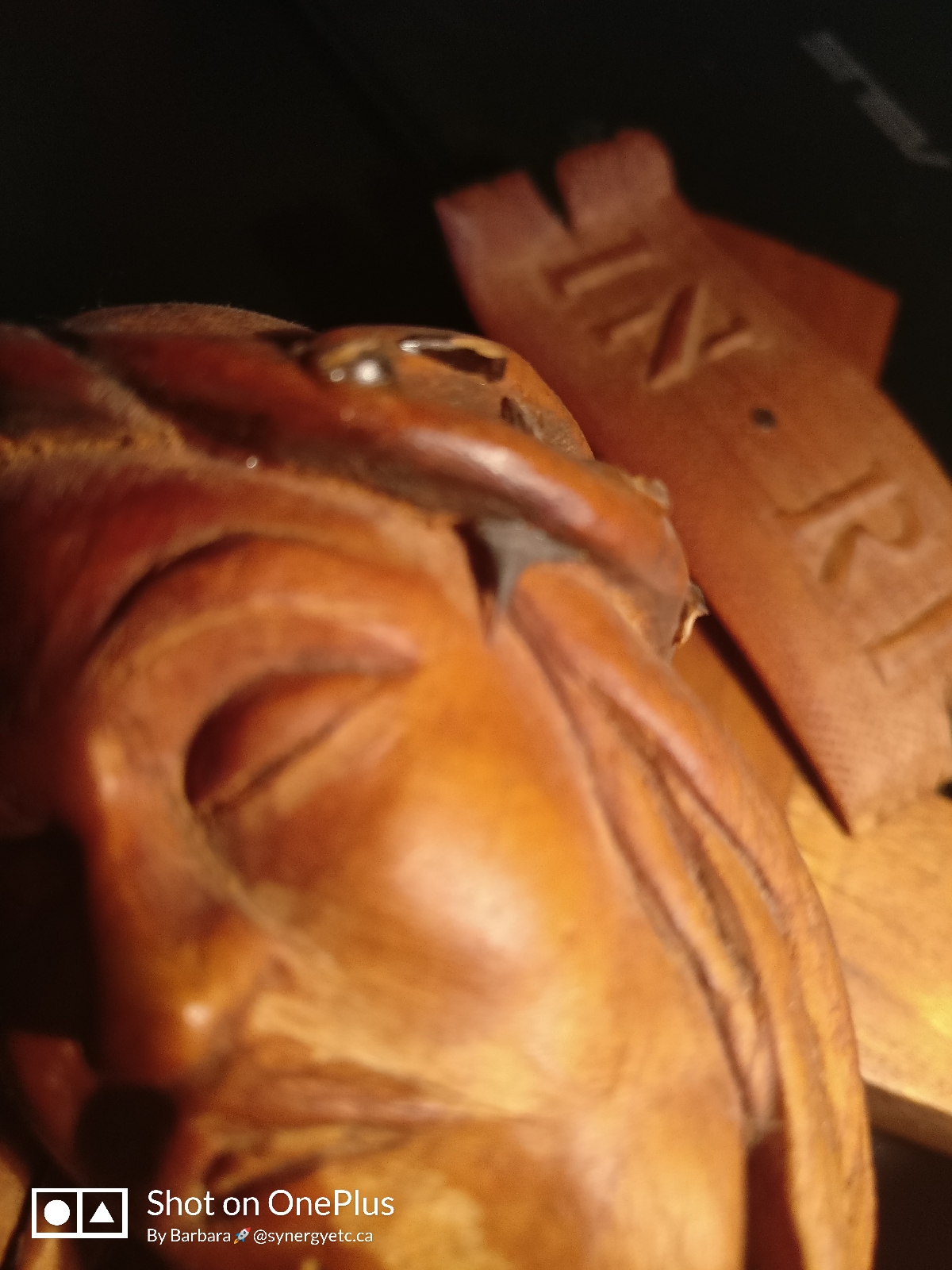 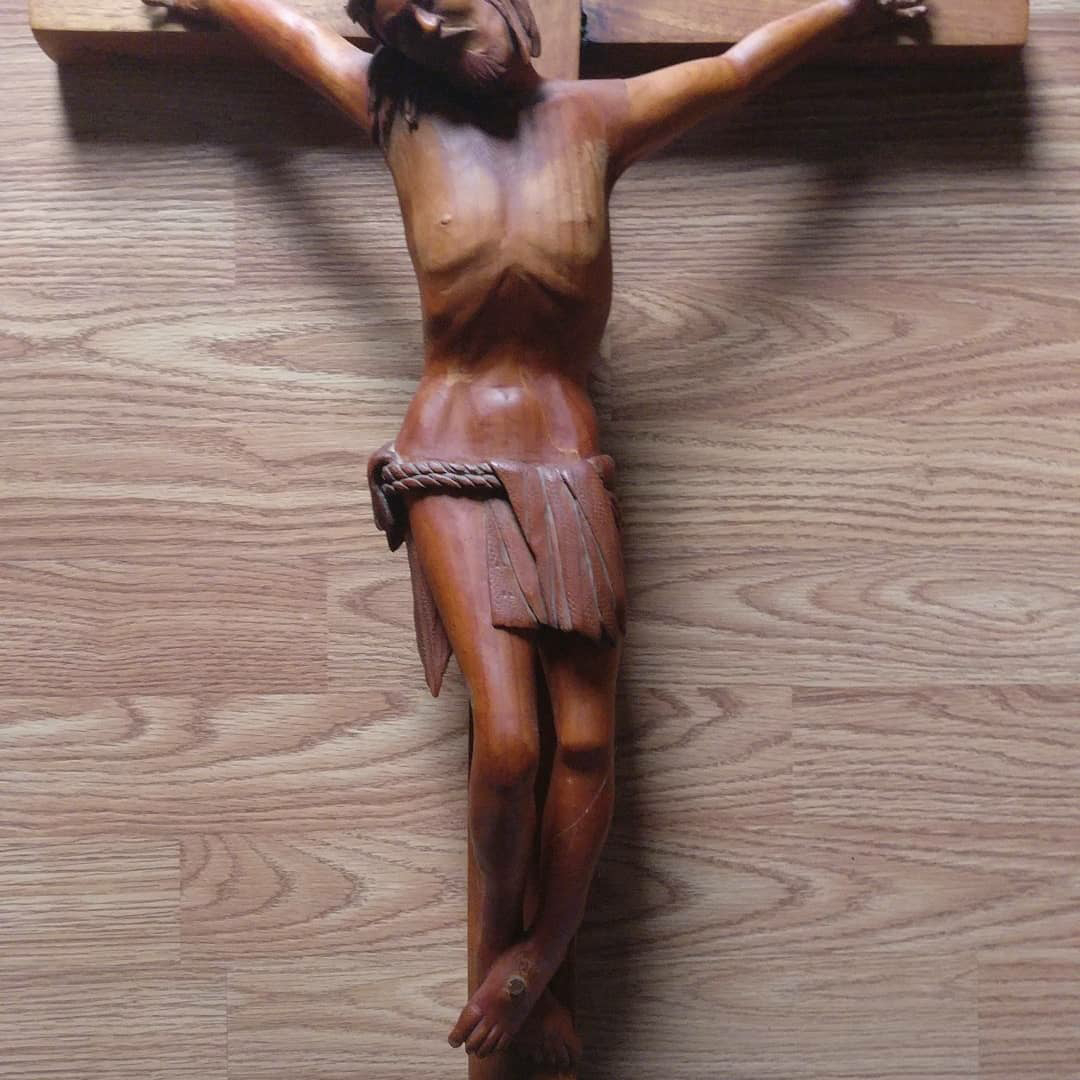 Mindfulness, Manifestation & the Mobilization of Soul

🕳 Shining my Light on Darkness 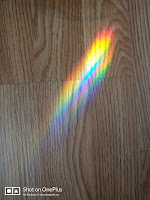 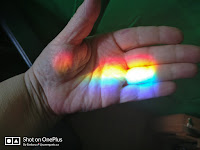 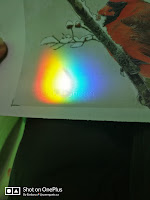 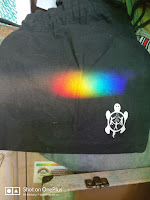 It intrigues me what comes up for healing. I'm noticing my triggers can be pos or neg, and they can bring all kinds of gifts, and rabbit holes...
I have been attracted & moved by light since I was a really little girl laying in our barnyard in Tyrone Ontario. With eyes closed I would become lost in the designs dancing behind my eyes. I eventually recognized a physical sensation that pulled between my solar plex & sacral chakra. I became convinced that the light was feeding part of me... I could feel a drinking-it-in. Perhaps it was the UV rays. Perhaps it was Vitamin D or the osmosis of photosynthesis. At that age, pre 4, it didn't matter.
It was my experience that I had an internal voice (the same one that still soothes me) telling me that one day I would understand. Approaching my 60th in 2021, I am still wondering if it makes any sense, what it might mean to me & my Soul's mission here on Earth.
I didn't question my sense of wonder. At 19, I started to study meditation, chakras, neuro-pathways & energy healing. Now I believe I was sensing my Soul: my subtle system of neuro-networked pathways that make up my 'light body'. This fueled my fascination which motivated me to studying what I could about the human energy system, light & sound healing, crystal manufacturing, electricity, oscillation & wondering what it might all mean in the bigger picture of Humanity.
I am still wondering that but as I align with my sense of Self, it becomes clearer that my job this whole time was always to get out of my own way. To follow the musings & passions of my inner-light body and not to over-think, not to question or derail things by going by logic alone. I learned who to speak to, who shut-me-down & why it mattered to Me, Myself & I.
Today I am adding a new layer of interest as I just discovered that rainbows shining on dark are just as bright as on light. Up until today for some reason, I assumed darkness absorbed light so I am in awe at how the light remains so pure & steadfast in the presence of darkness. It's actually blowing my mind a bit if I am honest - it makes perfect sense!

As a metaphor for life too, it makes absolute sense!

We've heard it a million times, that we are to shine our light in the darkness. I have a totally refreshed understanding of this now and I will shine brighter as a result knowing nothing will compromise my light but the thoughts & beliefs I hold onto.
So when we are united, together... we shine like the pure light of God that we are.
A potential human Supernova! 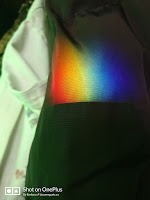 A Bit About Me

Barbara
(Re:Visioned on Nov 23, 2020) I AM in TRUSTed to the idea that the whisperings of my Soul have always been calling me to these times. That this present day and the here & now is what I was guided to. To TRUST the action: to 'call a circle' of others who are committed to helping make the world a better place NO MATTER WHAT SHAPE IT'S IN... it's go time! (Read my Birthday 2020 blog post to catch up) TODAY I BEGIN CALLING A CIRCLE and here is my intention - to gather people who: appreciate & benefit from healing stories as they navigate their own; can hear my self-care story & daily journey to help themselves stay on track with their own stuff; and can be witnessed in their story while encourage space for others to support the whole circle. I AM excited to see who's showing up and where it will take us. See my Blog Page to join the circle.